We might, in theory, be able to construct a traversable wormhole, and perhaps travel across the universe or through time, but the engineering of it would be a nightmare.
Is it possible to shortcut through spacetime using a network of wormholes like Dr. Ellen Arroway did in the 1997 movie, "Contact"? This is a NASA image of what one such wormhole might look like as you approached it in your spacecraft. 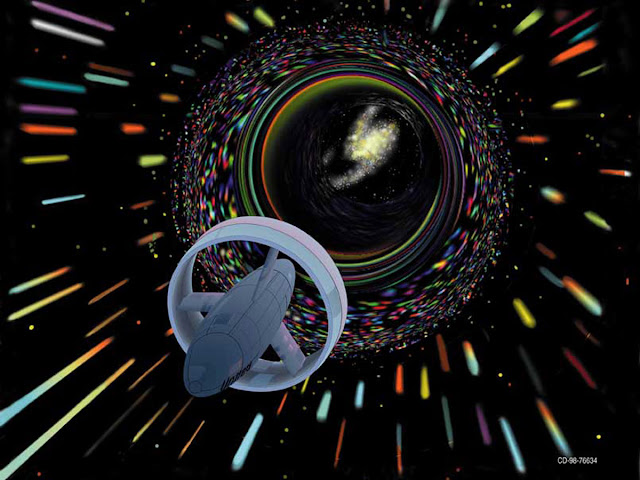