We live under spectacular skies: 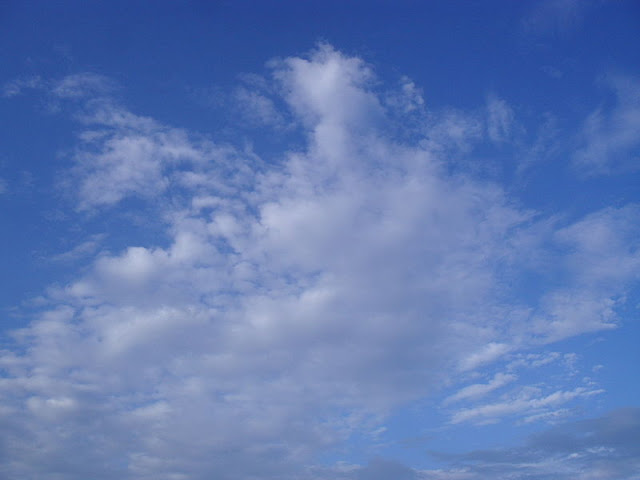 The sky, the air we breathe, is called the atmosphere. It is a very thin layer of gases that surrounds our rocky planet. Astronauts onboard the International Space Station took this spectacular image of the atmosphere as seen from orbit, over the Indian Ocean at sunset. You can just make out the curvature of Earth as a slight arc. Different layers of the atmosphere show up as different colours. 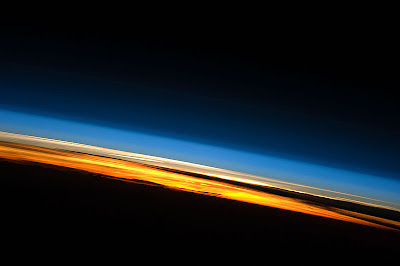 The gases in our atmosphere make up a layer that is approximately 100 km thick, of which only the deepest layer can sustain life. In fact, many of us have trouble breathing at altitudes over 3000 m above sea level. That isn't even as high up as Mount Everest's base camp! At high altitudes, oxygen becomes scarce and air pressure is very low. You have to breathe faster and deeper to get enough oxygen to breathe. This problem is compounded by the increasing scarcity of carbon dioxide at altitude, another essential atmospheric gas. Without carbon dioxide accumulation in the lungs, our bodies aren't signaled to breathe harder. Under these conditions, we can suffer from altitude sickness, which can range from a series of mild symptoms such as headache and lightheadedness to severe and life-threatening pulmonary and cerebral edema (increased fluid in, and swelling of, the tissues).

This extremely thin, fragile and vital layer of gases surrounding Earth sustains and protects life. If Earth were the size of an apple, its atmosphere would be less than the thickness of its peel. It has gone through dramatic changes over the eons and yet somehow life has managed to evolve and spread across its entire surface. As scientists study the atmospheres of other planets, and begin to look at the atmospheres of exoplanets, planets outside our solar system, we are begining to appreciate just how rare and precious our air is. Earth's atmosphere insulates the surface from extreme temperatures, it keeps sufficient heat inside and it blocks the surface from the Sun's deadly radiation. There would be no possibility of life, as we know it, without the protection of our atmosphere.

In this atmosphere series of articles, we will explore what our atmosphere is made up of and how it is structured, how weather is made, how our climate tends to stay in balance as well as how it has changed over time. We will learn how our atmosphere sustains life and what makes it special compared to the atmospheres of other planets. Finally we tackle global warming - is it real? Are our activities changing our atmosphere, and can we live with those changes?

Each of us breathes on average about 10,000 litres of air every day, without thinking much about it. We live within a highly complex system of plants and animals, all of which hinges upon our breathable atmosphere. Let's look at what it's made of, next, in Earth's Atmosphere Part 2.
Posted by Gale Martha at 2:06 PM